Venezuela has suffered from egregious economic issues for decades. Hospitals lack necessary supplies, people are struggling to find each meal, and the national currency—the bolivar—lost 96 percent of its valuein 2017. In an effort to combat Venezuela’s dire situation, its government became the first country in the world to implement a national cryptocurrency (and declare it as its primary currency) earlier this year.

It was undoubtedly a bold move, intriguing blockchain advocates around the globe. So how is the cryptocurrency, known as the Petro, faring?

Truthfully, not well. The Petro is still young, and numerous doubts and concerns are circulating around its execution. While some members of the Venezuelan government are fierce proponents of the Petro, others (along with international parties) regard it with suspicion, which negatively influences the public’s willingness to take it seriously. Off to a Rocky Start

The Petro’s initial announcement was broadcast during a television Christmas special in 2017. The President, Nicolás Maduro, noted his belief that the cryptocurrency would improve issues of financial sovereignty.

Daniel Pena, the executive secretary of Venezuela’s Blockchain Observatory, said that he expected the Petro to positively impact the nation’s economy within three to six months after inception:

“There are many advantages, among them is that the inflationary scheme of the Venezuelan economy breaks down… It is a digital currency that is safe to handle and has more functionality. The intermediaries will disappear; it will be a directional purchase. The waiting time for transactions will be reduced, because it will be faster than the banking system.”

What Pena describes, though, are the fundamental elements of general cryptocurrency. The Petro itself has failed to deliver.

The cryptocurrency’s launch was fraught with misinformation and controversy. In January, the National Assembly of Venezuela declared the cryptocurrency illegal, believing that it intends to circumnavigate financial sanctions and legitimize illicit transactions. Parliamentarians voted “absolute nullity” on issuing the Petro, stating that the Assembly would deliberately make efforts to prevent the public from accepting the cryptocurrency as legitimate.

Despite the government’s rejection, President Nicolás Maduro ordered all government institutions to recognize the Petro as legal tender in April, giving them 120 days to comply. The President claimed that the Petro raised $735 million during the first day of its pre-sale, but no other experts or sources have found evidence supporting this statement.

What Supports the Petro?

There is also confusion surrounding the Petro’s platform. At one point, the official whitepaper stated that it would be an ERC-20 token but later changed to say that NEM was involved with the cryptocurrency. NEM confirmed in a tweet that the Venezuelan government intended to use its blockchain application.

The NEM technology is freely open to any individual or organization that wants to use it. The NEM Foundation abstains from political endorsements. We can confirm that the Venezuela Government is intending to use the NEM Blockchain. 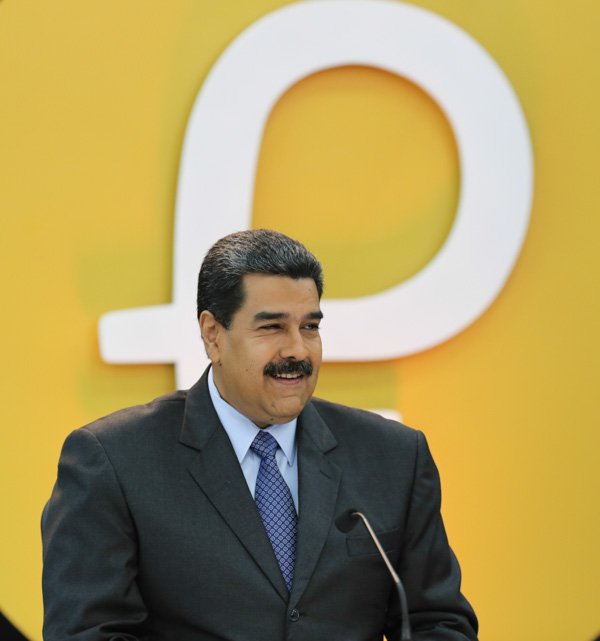 However, the Petro’s whitepaper has reverted to its original statement that it is an ERC-20 token on the Ethereum blockchain platform. This back-and-forth doesn’t exactly inspire confidence in the Petro. If its developers cannot make up their minds about its foundation, will people already wary of economic changes feel comfortable using it?

Supposedly, Petro coins are backed by Venezuela’s expansive oil reserves. Individual tokens are worth the equivalent of one barrel, of which there are said to be five billion. Forbes notes that at the end of May, the West Texas Intermediate was trading at about $67 per barrel with a 52-week high of $72.83 and a low of $42.06.

Working with the Petro

President Maduro ordered an initial 100 million tokens for distribution (valued at over $6 billion USD). He made 82.4 million available upon pre-sale on February 20, which closed March 19.

The Venezuelan government, however, pre-mined Petro coins. Unlike cryptocurrencies such as Bitcoin, residents cannot mine Petros by solving complicated math problems. Instead, they can only purchase them from the government.

This raises the question: Is Petro a cryptocurrency at all? If the government controls it, it’s not decentralized.

Another red flag: You cannot purchase Petro with Venezuelan bolivars—only dollars and other cryptocurrencies.

Venezuela’s impoverished population does not have much (if any) access to dollars, so the Petro is consequently out of reach. The people the cryptocurrency is intended to help cannot actually obtain it, and the people who can obtain it have little to no incentive to use it.

Oil doesn’t back the Petro in practice, either. The Venezuelan government will value coins at whatever price it calculates oil to be. According to legislator Jorge Milan, “This is not a cryptocurrency, this is a forward sale of Venezuelan oil. It is tailor-made for corruption.” Foreign responses to the Petro have been mixed. Before its release, 133 countries, including China, expressed intention or interest to invest in the cryptocurrency. Brazil, Poland, Honduras, Norway, Denmark, and Vietnam also noted earlier this year that they would be willing to accept Petro in exchange for food and medicine.

Other nations are much more suspicious if not outright condemnatory. Senators Bob Menendez (D-NJ) and Marco Rubio (R-FL) composed an open letter to Secretary of the Treasury Department, Steven Mnuchin, which says:

“Maduro has proven that he will use every tool at his disposal to perpetuate his authoritarian objectives… As such, we are concerned that a cryptocurrency could provide Maduro a mechanism by which to make payments to foreign lenders and bondholders in the United States, actions that would clearly thwart the intent of US-imposed sanctions.”

U.S. President Donald Trump went so far as to sign an executive order banning Americans from investing in or buying Petro. Not only did U.S. advisors warn that the original ICO was a scam, but dealing with the Petro could potentially violate international sanctions.

Get started today for FREE.

While the Petro is proving itself seemingly useless to the Venezuelan populace, numerous families in the capital city of Caracas are opening Bitcoin mining rigs, despite doing so being illegal.

They only make a few dollars per day, but with the country’s cheap electricity, taking advantage of other cryptocurrencies is the only way some residents are finding a way to survive.

The Petro is still young, but it has so far failed to make a difference for its people while the bolivar continues to decline. Though other countries are experimenting with national cryptocurrencies, Venezuela has not established itself as a pioneer on the front.

This article by author Jacob Yoss was originally published on CoinCentral. Republished with permission.