This article by author Donald Pendergast was originally published at CoinCentral. Republished with permission.

The over 80 percent decline seen in Bitcoin and other crypto markets may still have you shaking your head. It’s been nearly a year since Bitcoin’s epic, blow off top. Crypto’s subsequent bear market may even have wreaked havoc on your crypto portfolio’s value. You may also struggle to understand the how and why of the crypto market crash. While it’s too late to undo any of your crypto investing mistakes, it’s never too late to do a post-mortem.

Here’s a closer look at the rational reasons for the crypto market’s stunning reversal from unstoppable bull to wounded bear. You’ll also learn how to ID a runaway, bullish market ready to blow apart. In future bull runs, you’ll be able to grab profits by selling into market strength. You’ll no longer get whacked trying to sell after a panic-induced stampede for the exits hits.

Toward the end of 2015, major financial news networks had taken an interest in Bitcoin and other cryptos. Bitcoin eventually finished 2015 on a strong note, up nearly 40 percent. Investors compared those strong returns to the volatile, near zero-gain ride seen in the S&P 500 index during August-December 2015. The famed Winklevoss twins were also in the financial news. Perhaps their status as rich, tech-savvy innovators and investors also began to turn the heads of demanding investors toward the crypto markets.

Get started today for FREE.STAY IN THE KNOW

Apparently, not even the memory of the infamous Mt. Gox crypto heist (and subsequent bankruptcy) of early 2014 was enough to dampen the enthusiasm of new crypto investors. This new, widespread awareness of Bitcoin, cryptocurrencies, and the blockchain helped set the stage for the spectacular crypto market rally. But a powerful, precipitating event was still needed to get Bitcoin into sustained rally mode.

BTCUSD, weekly: Starting in October 2015, Bitcoin (and most other cryptos) embarked on an epic, 38-month rally. Seven consecutive 21-week channel breakouts bore witness to the strength of the bull run. Image: MotiveWave Ultimate

Bitcoin’s rally proved so strong that it never again closed below the lower (nine-week) price channel until well after December 2017’s parabolic rise and subsequent blow off top. All told, there were seven bullish weekly channel breakouts (Oct. 2015 – Oct. 2017). As the rally gained strength, price corrections were very small, more like pauses rather than pullbacks.

When the crypto market entered that powerful bull phase, a positive feedback loop became evident. It went something like this: Bitcoin made a strong breakout. The news media reported this far and wide, citing bullish fundamentals or analyst upgrades, etc. for the surge higher. Investors heard the news and bought. Bitcoin surged once again. Some profit taking occurred and the price went sideways for a few weeks.

Then Bitcoin made yet another channel breakout.

The news media again pounded the table, focused on Bitcoin’s long-term growth potential. Even more investors piled in. The rally started to accelerate more rapidly. Those on the sidelines were fearful of missing out. They started to buy aggressively, blind to the technical state of the charts. The news media had a field day, with ever-higher Bitcoin price targets bandied about by analysts, hedge funds, and crypto gurus. Another minor stall occurred. Investors bought the stall, afraid of missing the next leg higher. On and on it continued.

Finally, after six breakout, bullish news, and investor follow-through cycles, the final bullish breakout happened. That occurred on October 15, 2017, when Bitcoin closed at $5862.69. The coin leaped higher once again, drawing in fresh money. By November 26, 2017,  Bitcoin’s weekly chart confirmed a parabolic (beginning to accelerate vertically) uptrend as it closed at $9474.62.

That’s when the mania phase began. As mass greed replaced common sense, some (most?) new investors apparently lost the ability to calculate rational risk-to-reward outcomes. Fear of missing out(FOMO) morphed into get on-board at any cost (GOBAAC?). Once again, the positive feedback loop was at work. Bullish breakouts caused bullish news and opinions to gain ever more acceptance. Later-stage investors continued to buy into Bitcoin’s relentless, parabolic ascent with little regard to the danger of a blow-off top.

Uncool at Any Price

During the final ramp higher into a blow-off top, opposing, bearish arguments may have been dismissed as uncool, old-fashioned, or even downright stupid. Price targets of three, five, or even ten times higher than current valuations may also have been viewed as realistic by less-educated investors. Mass greed, combined with unrealistic expectations (by late entrants into the rally) were certainly key factors propelling Bitcoin from $9474.62 to $19,870.62, during October – December 2017.

BTCUSD, weekly: When should you take profits in a runaway bull market? Whenever a key Keltner band (9 ATRs away from a 45-period EMA) is reached or exceeded. Image: TradingView.com

If there is a simple takeaway from the above chart, it’s this:

Why Did the Crypto Market Crash?

To review, the crypto market crash happened because of several factors. Here’s how it played out in Bitcoin:

Start out Greedy, End up Needy

The saddest stories were the investors who bought in during the parabolic rally. Many never took profits on the way up, and instead saw their open profits turn into massive losses. How tragic, allowing a great bull market opportunity go to waste! By all means, do whatever it takes to avoid suffering a similar fate.

You now know how to identify a mass greed-driven bull market. You can certainly make lots of money as a market shifts into such a unidirectional mode. However, all such bull phases end with a spectacular, parabolic rally and an unsightly explosion at the tippy-top. So make sure you always protect yourself by using the commonsense profit-taking guidelines presented above. 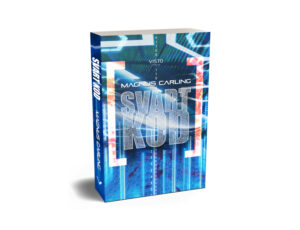